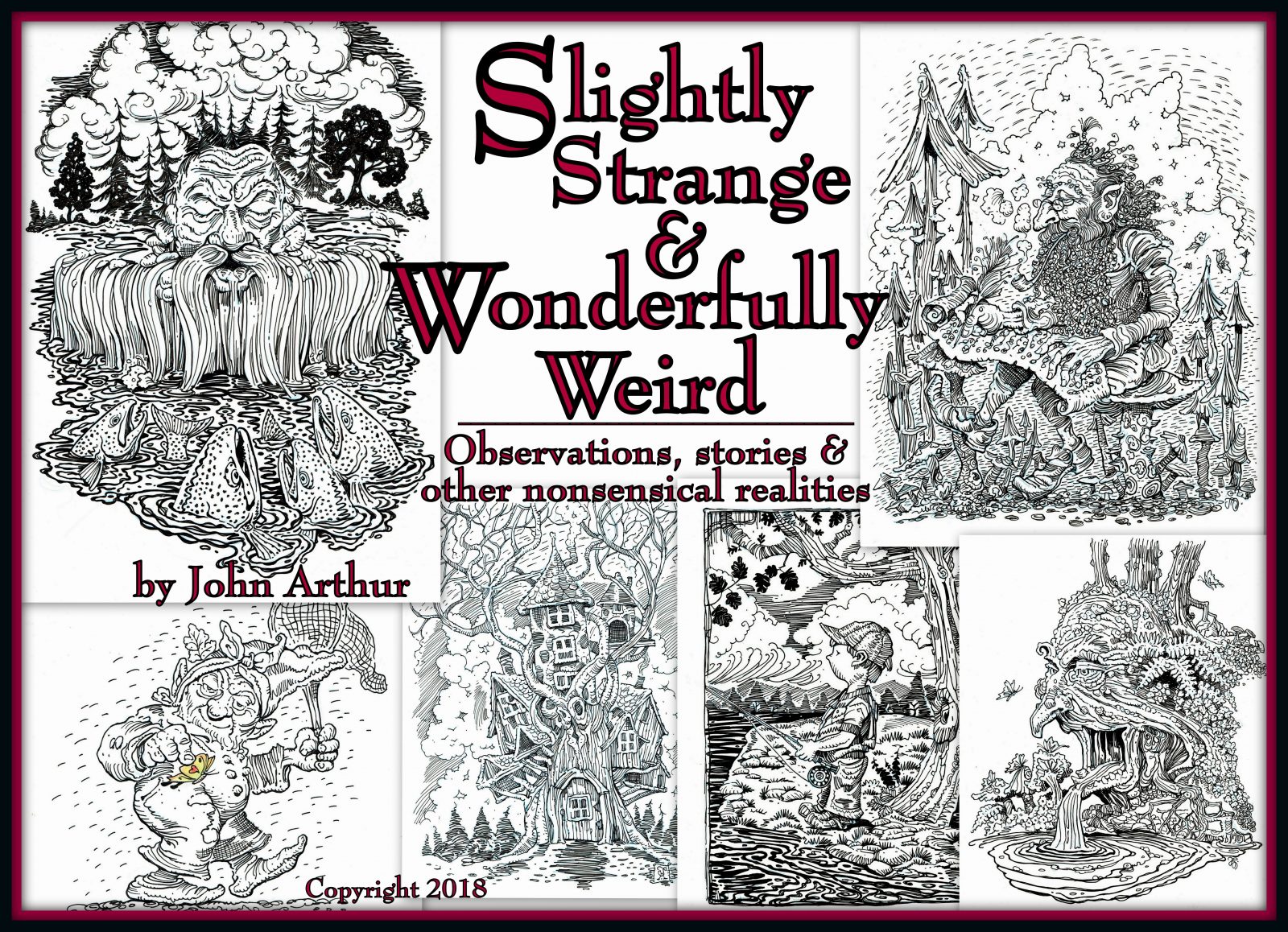 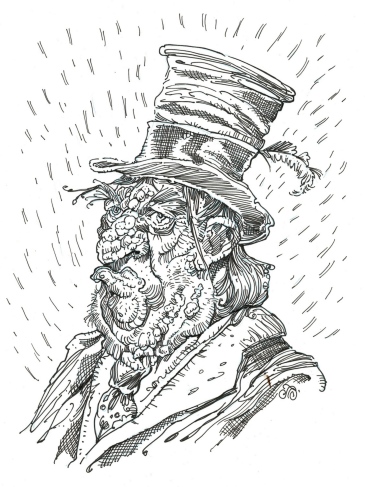 When Mr Pye began to feel grim and somewhat despondent of spirit with the madness that was all about him, he would slip away, put on one of his favorite top hats, grab his rabbit-headed walking stick, and stroll about town seeking the back ways and the less traveled routes. As he walked he would begin to count his many blessings and thereby sort out some of the miscellaneous trivialities and pusillanimous peeves that weighed upon his heart and mind. After his brief walk, he took off his hat, had a cup of fine English tea and a sweet raspberry bicky, and began to feel better about the world and his place in it; about people, and God, and he found some other blessings tucked away in his thoughts, and was grateful for them too. Not all are good and not all are bad of anything, he said out loud to no one in particular. And from that day forward he decided himself, personally, to do some small thing: and that was not to use the word hate ever again in conversation.

And knowing Mr. Pye, he never did.

“Freedom, in any case, is only possible by constantly struggling for it.” —Albert Einstein He’s an old man now. He refers to himself as “The ancient one.” There are few […]
Fading Glory

How high do butterflies fly? Please don’t look it up, and don’t ask Siri, or Alexa. I’m not interested in a Google answer, or even Webster’s. I’d just like to […]
How High Do Butterflies Fly?

Humpty Dumpty sat on a wall,Humpty Dumpty had a great fall.Humpty was sadly fractured and cracked,But thankfully his yoke stayed completely intact.So, all the King’s horses and all the King’s […]
HUMPTY DUMPTY (revisited)
Loading Comments...
%d bloggers like this: