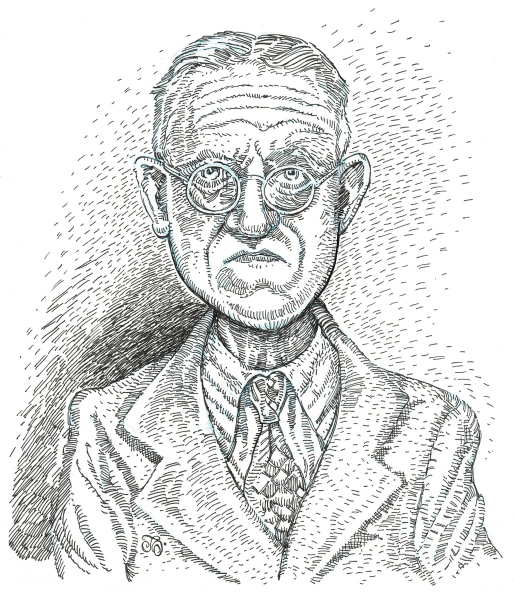 It’s been said that the human face is capable of over one million different and succinct expressions. From extreme joy to the depths of sorrow, from anguish to hilarity, from a smirk to a wink and all of the tens of thousands of passing and transitional expressions in between. By virtue of its seemingly limitless capability and its inseparable connection to our emotional center, the face itself is an expression of the soul.

The study of Physiognomy is the ancient and oftentimes misleading pseudo-science of interpreting character, and even morality, from the appearance of the human face. In 500 B.C. Aristotle wrote that large-headed people tended toward meanness; people with small faces were steadfast, those with broad faces reflected stupidity, and round faces indicated a courageous nature. In the early 1600s, the concept found new momentum with Italian scholar Giambattista della Porta, (considered the father of physiognomy) who began to expand his ideas regarding appearance-defining character throughout Europe. As an alchemist, it was his goal to distill the ‘pure essence’ of man through his experiments; his claim suggesting that the human essence could be deduced in an individual from empirical observation of his physical features.

As far as the application to visual artists studying portraiture– the study of physiognomy is about as useful as having your auto mechanic analyze your engine problems with the hood closed and the motor off. He might as well do it over the phone.

My grandfather is the perfect example. To know him was to know the most gentle and pleasant man who ever lived and pulled on a pair of coveralls. (Of course he was my grandpa.) I don’t believe that he had a stern or mean bone in his body. He fed birds and squirrels out of his hand and I believe that he was entirely incapable of raising his voice.  What he didn’t do was take a good picture. He detested wearing a collar, and even more– a necktie. A suit made his shoulders look small and his head appear big. Because of his false teeth, his smile happened mostly around his eyes with little or no indication of it ever reaching his mouth. The rare, formal photograph that I used here as a reference for my drawing shows a stern, even unpleasant bookkeeper-type, or bank executive who holds a grudge against life. Were I to read the book from its cover, this man appears demanding, exacting and critical; someone that I would not wish to know. Of course he possessed none of these characteristics.  To read his physiognomy from this photo is to miss the man completely.

And yes, the exceptions are out there and the study of physiognomy is still employed today, and, in some small instances, it can prove useful. Even at home a child might say that Mommy looks sad, or Daddy looked at me mean. Both statements may be a true assessment of a passing emotional state, but it’s unlikely that they indicate the true nature of the individual.

So, the counsel for young artists doing portraiture is this: when using photographs for reference– use more than one. Get 5 or 6 if you can from different angles with different expressions. Candid shots are often the best as they reveal subtle nuances much better than a posed photo. Avoid studio photographs with canned “Say Cheese” smiles. Even though the photo may be an accurate likeness of the person– that portrait has already been done and you will only be doing a copy that will be compared to the photo. When I’m given photos I often ask if the photo really looks like the person. (We’ve all seen photos of ourselves or someone else that don’t resemble the real person at all.) Always ask: What are, or were they like? What do, or did they enjoy? Who are, or were they? If possible, and if the person is still living, have the person sit for you. (Yes, it’s still done.) At the very least, take your own photos. And never share them with the client. This isn’t about getting a likeness of a photo, but of a person.

Forget the inexact science of physiognomy and try to draw something that you don’t see in the photograph. Try to capture the character of the person from the inside out– not the outside in– and your chances of capturing a real likeness and the nature of that person are far greater. Open the hood, get the engine running. Look. Listen. Smell if you have to. And now that you know what you’re working on, take out the tools and get the job done . . . with feeling.

I can see you smile, grandpa!

When Mr Pye began to feel grim and somewhat despondent of spirit with the madness that was all about him, he would slip away, put on one of his favorite […]
THE SMALL REVELATION OF MR. PYE

“Freedom, in any case, is only possible by constantly struggling for it.” —Albert Einstein He’s an old man now. He refers to himself as “The ancient one.” There are few […]
Fading Glory